John Templeton Smith is one of a rare breed - a world-renowned author freely willing to admit he had a lot of help getting started from someone else.

That "someone else" was of course Desmond Bagley. 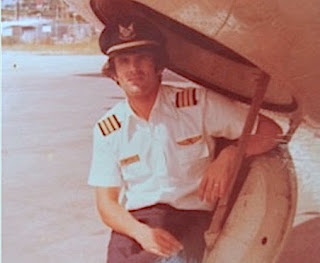 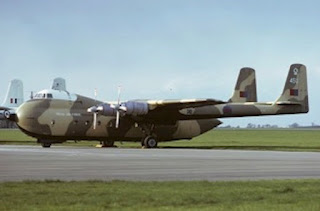 
The two met while both were living on Guernsey. Until now there has been little publicity material to be found about John, though he has written a personal and appreciative background piece about Bagley's first novel The Golden Keel for his author biography page on Amazon UK.

John joined the RAF in 1959 as an Aircraft Apprentice aged 16, a part of the 92nd Entry at RAF Halton. After his service he briefly flew as a commercial airline pilot before turning to journalism and aircraft delivery. This work involved picking up light aircraft from the manufacturer in the USA and flying them over to Europe.

In 1978 he set the fastest solo trans-Atlantic crossing time, verified as a World Record by the Guinness Book of Records. Once his first novel SkyTrap had been published in 1983 his career as a writer took off too. John has also lectured in creative writing in America. 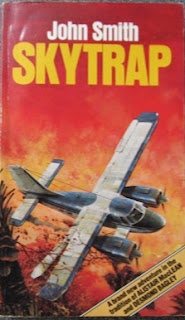 John took to heart Bagley's insistence that thorough research into a subject is the only way to be able to talk about it authoritatively and to this end he has travelled to all points N, S, E and W. However while writing John does the same as Bagley did and locks himself away in a room with as few modern-world distractions as possible until the job is done.

This involves writing through the night if the creative flow is on track, taking breaks only when necessary, and like Bagley, John is fond of classical music and often writes with it playing in the background. Being a visual writer means that he has to "see" or "hear" his characters in action before he can commit them to paper. I have this mental image of him stomping around the room he is writing in, waving a walking-stick menacingly or karate-chopping a cushion. John's past experience of covert military ops must have been of significant use.

It takes John between three to six months to write a novel, having completed extensive research beforehand. When I first spoke with him he was finishing "Then a Soldier" over here in England, but as John splits himself between time in the US and on his travels doing research, he is rarely in one place for very long.

The tales John has to tell of Bagley and his work are, as you'd expect, very interesting. For example Bagley didn't have an agent and approached his first publisher directly, telling him that he wrote stories like the already famous Alistair MacLean. Surprisingly this tactic worked, although this free and easy attitude of publishers wasn't to last for much longer. John estimates that it was some time in the '60s that publishers began to rely more and more on agents, preferring to concentrate on the one or two best-selling authors already on their books. A significant obstacle for aspiring writers. He also mentions the inspiration for Bagley's first novel, The Golden Keel, was a tip-off from a character he met in a bar who took part in the supposedly real transportation of Mussolini’s treasure (check the link to John's Amazon biography above). 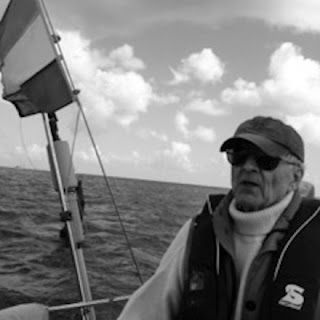 (Copyright image not to be used elsewhere without permission - Copyright JTS)

John's bibliography is as follows:

In the gap between 1988 and 1999 John was working hard on a novel that never made it to the bookshelves. It must have been something special to have taken so long.

John Templeton Smith's style reminds me more of Craig Thomas than Desmond Bagley. Thomas was that stalwart of the military/political thriller whose own serial hero was played by Clint Eastwood in the film Firefox.

As well as being a successful novelist, John has also written extensively for Pilot magazine and in his spare time has been working on screen-plays for a new television series.

In a conversation I had with Joan Bagley she summed-up this friend of her husband's thus: "A very nice man - but tough as hell."

A man of great energy and brim-full of splendid stories to tell. Read him.

To mark our 20th anniversary John was incredibly generous and wrote an article called Tamanrasset Aitisal with even more background to The Golden Keel and the personal insight he had into it's inception.

This was available on our site for some time.

For 2019 John has updated it, incorporating it into the manuscript of his forthcoming autobiography.

Now, for copyright reasons and at the personal request of the author, it is no-longer published on this site. Instead any budding authors interested in reading it should drop us an email, outlining their interest, and we will send a copy.

Desmond Bagley was always willing to help and encourage new authors, freely and without expectation of any reward. John would like this tradition to be passed-on.

(Please remember though, this article may not be published anywhere else without written permission from the author - Copyright: John Templeton-Smith)